You are here: Home / Asian Connection / Sources Say Toshiba May Write-Down Profits in Past 3-Years of Financials

Last month, Toshiba Corp. warned the financial markets in Japan that they were launching an internal investigation into “possible problems” with its accounting. The stock exchange’s reaction to the announcement was swift, with the company’s stock price having its biggest one-day drop in value in more than a year. Now unnamed sources are telling the media that the company will have to restate its profits…for a three-year period.

See how hard Toshiba’s profits will be hit…

The media in Japan are quoting unnamed sources who are saying that the company is beginning to get its arms around an accounting irregularity issue that will force it to write down its operating profits by a significant amount. When we first reported this story, all the company said was that it had reason to believe that the issue was related to its profit forecasting system and it was creating a “special investigations team” to look into the issue.

Now, according to a report in the Nikkei, the sources say that company has confirmed an issue and will likely write down its operating profits for a three-year period ending with fiscal year 2013. (The company will report fiscal 2014 next month.) The current estimate of the size of the problem is that the operating profit write-down will be around ¥50 billion ($414 million).

Large enough to be painful, but not destabilize… 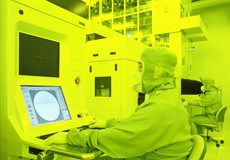 A write-down of ¥50 billion is certainly large – but for a conglomerate the size of Toshiba, this amount works out to about 10% of its overall combined operating profit of ¥691.7 billion. However, this may not be the end of the situation.

According to the sources, the company has discovered that three of its business units were incorrectly forecasting material costs for ongoing projects. Because of this, the company ended up with, in some cases. losses on these projects.

This external committee will “comb expense and reserve records for any irregularities” the report says. The company can not say at this time if they will be forced to have further write-downs against past financial reports.

This news is the first time since the original announcement of possible accounting problems, that sources have had specific numbers apparently generated by the investigating committee.

Finally, after two years without a real show - absolutely no show in 2020, and a … END_OF_DOCUMENT_TOKEN_TO_BE_REPLACED