In reports out of Taiwan, sources say that Apple, Inc. has ordered 70 million bendable OLED panels from Samsung Electronics. An order of this size can only be for the upcoming iPhone 8, expected to be launched in late 2017. The order also suggests that Apple is expecting the iPhone 8 to be a big success.

Although the source of the story was not named, the Nikkei described the source as a “supply chain source familiar with iPhone designs.” The substantial size of the order was said to be in line with estimates from David Hsieh, a senior director at market researcher IHS Markit.

The story is remarkable for two reasons: First, the large size of the opening order; and Second, this will be the first time ever that Apple has adopted a curved OLED screen for the iPhone. Both facts suggest the model is undergoing a significant overhaul. The Nikkei says this news only serves to generate “high expectations for the model.”

Samsung Gearing Up for More

“Apple has ordered 70 million units of OLED panels from Samsung this year, while Samsung is preparing to churn out as many as 95 million for Apple in 2017, in case demand exceeds expectations,” Hsieh told the Nikkei. “It is also possible that some of these 70 million handsets will not be shipped to customers this year and be carried over to next year depending on demand.” 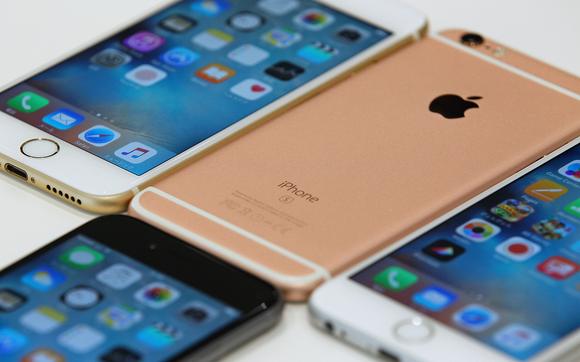 Hsieh says that Samsung will be the only OLED supplier for Apple, due to the fact that “it has the most advanced technologies in this field.” Samsung did not confirm the news for the Nikkei, saying they cannot reveal the size of any customer’s orders.

Sources out of Asia have said they expect three models of the iPhone 8 – two models with flat LCD screens sized 4.7-inches and 5.5-inches, and one top-of-the-line model with a 5.2-inch, curved OLED screen. This premium OLED model is expected to sell for over $1,000.

So much hype has been building for the iPhone 8, that analysts have been putting out huge sales estimates. One analyst, Taipei-based Jeff Pu of Yuanta Investment Consulting, has estimated that Apple will ship as many as 100 million iPhones in 2017 – of which, 55 million units will be the premium OLED model.

Apple has declined to speak with the Nikkei about a future model.

A Fluke? Or is Housing Making a Comeback? Data released on Friday by the U.S. … END_OF_DOCUMENT_TOKEN_TO_BE_REPLACED