You are here: Home / Financial / The Picture of Its Future is Still a Little Fuzzy at Loewe AG 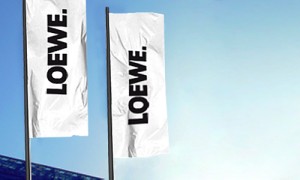 German luxury TV manufacturer Loewe AG said today that it is in final stages of discussions with two different potential investors or buyers. The company, once the source of hopes by U.S. specialty A/V dealers for a more profitable step-up video line, has yet to emerge from the bankruptcy protection it invoked earlier this year.

A few years back, Loewe was the darling of the specialty A/V retail market. It offered the promise of delivering a high quality high-definition product that could be shown and sold to an upscale clientele…and give the retailer a more livable profit margin as compared to the mass marketers. The line grew quickly in the U.S. and seemed to be well-positioned.

But the TV market began to shift quickly. And the mainstream manufacturers started to get smarter…and also began offering higher technology. Most importantly, as things got hyper-competitive – prices started dropping like a rock…no, a boulder!

Not immune to a competitive market…

Loewe, although clearly serving the luxury market, was not immune to the market’s prices shifting downward. Although Loewe could successfully sell at prices over the market – the delta or gap above mainstream prices – could only be so large before sales would drop off.

If Loewe could maintain their delta, they could maintain their sales by holding their relative position. But it soon became obvious that this wan’t possible. In 2008, Loewe sales were €374 million ($500 million). Sales slid every year after that, finally dropping to €250 million ($335.5 million) in their 2012 annual report.

Now mostly sold in Europe, Loewe can only claim significant market share in Germany (7.9% according to their 2012 annual report) and Switzerland (7.6%). In most other European countries the market share figures fall into low single digit to low-decimals.

With the onset of their deteriorating financial condition, the company began seeking partners/buyers/investors. Without naming any specific names, the company says it has held discussions with six different potential buyers in mid-2013.

In the wake of their bankruptcy filing in October 2013 – which followed a filing for protection from creditors in July 2013 – the company is running out of time before creditors convince the bankruptcy court to shut it down and liquidate.

In the final stages…

In today’s announcement, the company says it is in the final stages of negotiations with two buyers. Again, no names were released, but most of the European press suspect that at least one of these finalists is a major Asian manufacturer.

According to the website 4traders.com, Loewe management has presented their reorganization plan to the company’s creditors and the creditor’s were said to have approved them. However, these plans likely included the requirement of the entry of one or more investors. It is unlikely that the company can survive without a cash infusion.

While management is expressing optimism on the state of their negotiations, investors are holding their collective breath until a purchase agreement is fully negotiated…and signed.

I hope everyone has a HAPPY 4TH OF JULY with lots of family, frisbees, hot dogs … END_OF_DOCUMENT_TOKEN_TO_BE_REPLACED