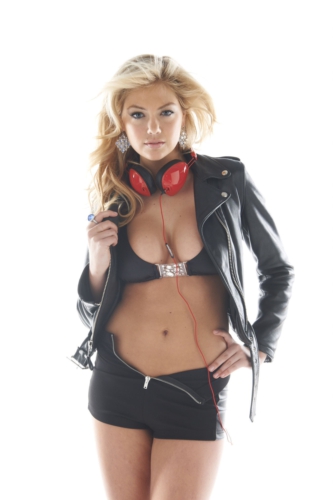 <March 21, 2012> Expanding on the concept of what constitutes performance, Skullcandy announced today it was creating a new group of supermodel ambassadors, appropriately called their “Supermodel Crew,” starting with the 2012 Sports Illustrated Swimsuit Issue cover girl Kate Upton. Consummating a multi-year deal with Upton, Skullcandy says it will have “all-access” to the Sports Illustrated “it girl.” END_OF_DOCUMENT_TOKEN_TO_BE_REPLACED

<March 21, 2012> In a unique partnership, Rovio Entertainment, Ltd., creator of the popular Angry Birds game and Wal-Mart Stores, Inc. are coming together to offer exclusive Angry Birds clothes, plush toys, and snacks that will include clues to a new version of the game launching later this week called Angry Birds Space. The partnership offers benefits to both Wal-Mart and Rovio…but mostly to those Wal-Mart customers who are Angry Birds fans as items sold in the store will include “Golden Eggsteroid” clues to unlock levels of the new game. END_OF_DOCUMENT_TOKEN_TO_BE_REPLACED

<March 21, 2012> It’s March Madness – the time of year that college basketball fans wait 12 months for – and the time of year when we hear talk around the water cooler of “How’s your bracket doing?” Brackets represent the team standings and fans can track the results as each of the games play out. And this year, popular consumer blog Consumerist is mimicking the event by using brackets to track their annual “Worst Company in America” survey. END_OF_DOCUMENT_TOKEN_TO_BE_REPLACED

<March 15, 2012> Onkyo Corp. will launch a new tablet computer which will be targeted towards the business market, according to a report in the Nikkei. And in a move sure to set it apart from the new iPad and other tablet designs, Onkyo’s version sports a huge 20-inch screen and weighs over 11 pounds. END_OF_DOCUMENT_TOKEN_TO_BE_REPLACED

<March 14, 2012> Over the last few weeks, we have reported on a trademark and unfair business practices lawsuit filed by Signeo, the parent company of Soul by Ludacris, against Sol Republic. In its original filing, Signeo alleged that Sol Republic deliberately selected the SOL mark used on their headphone products in order to confuse the marketplace with a name that is phonetically identical to the SOUL trademark used by Signeo on its headphones. END_OF_DOCUMENT_TOKEN_TO_BE_REPLACED 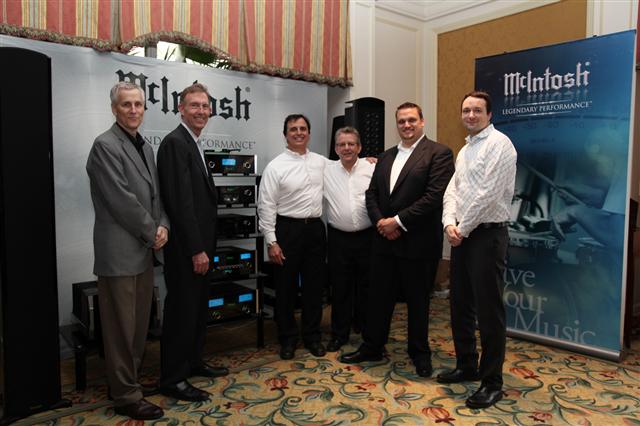 <March 14, 2012> McIntosh Audio Labs audio products received great acclaim as they competed with vintage motor cars at the McIntosh Listening Experience the company set up at the Concours d’Elegance. This was the second time McIntosh showed their products at the popular vintage motor car show which took place this past weekend at the Ritz-Carleton on Amelia Island, FL. END_OF_DOCUMENT_TOKEN_TO_BE_REPLACED

<March 7, 2012> Last week, Stratecon’s BEACON broke the news about a major overhaul and consolidation of D&M Holdings’ sales representative and distributor network. Later that day, D&M confirmed our initial report, releasing a statement spelling out the substantive, albeit generally described, changes to their sales network. Now the ALERT has discovered that not all of D&M’s rep territories were merged – in select markets, separate sales rep forces are being maintained. END_OF_DOCUMENT_TOKEN_TO_BE_REPLACED

<March 7, 2012> Reuters is reporting today that Netflix, once feared as a predator to many in the Cable TV industry, may be more kitten than lion as it seeks to partner with one or more major cable TV providers in offering Netflix as part of its programming package. Once an unthinkable proposition, Reuters says the company is actively pursuing just such an arrangement. END_OF_DOCUMENT_TOKEN_TO_BE_REPLACED

<March 6, 2012> Gibson Guitar announced yesterday that it has hired ex-D&M President Bob Weissburg as global executive vice president – a new position at Gibson. Although Weissburg’s focus will likely be their consumer electronics and pro divisions, Gibson says he will be in charge of all divisions at the company – including musical instruments. END_OF_DOCUMENT_TOKEN_TO_BE_REPLACED