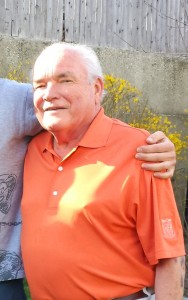 We learned Wednesday that long time industry veteran and for the last 28-years New York Metropolitan market sales representative Steve Glatzl has passed away. According to his company, the New York Marketing Team, Glatzl passed away suddenly last week on July 3rd.

See more on this unexpected passing…

Glatzl spent his entire career in the consumer electronics industry and in many ways, his was a quintessential New York experience. A lifelong resident of New York’s Westchester County, Glatzl began his career in our industry – much like many others – working at New York retailer Harvey Electronics.

Glatzl joined Harvey in 1968 and over the next almost two decades built a solid career. Glatzl ultimately became general manager of Harvey before leaving to start his rep firm.

In 1986 Glatzl started an independent sales representative company and built a solid reputation with several specialty lines. Later, Glatzl merged his company with the New York Marketing Team where he remained as a principal.

According to Mark Friedman, Glatzl’s business partner, Steve basically retired from the business in 2013, but stayed involved – including participating in all major business decisions for the company.

“He was an amazing and wise partner,” Friedman told us.

Like many of his generation, Glatzl was a Vietnam war veteran where he is said to have served with the First Air Cavalry. Glatzl was awarded a Purple Heart and a Bronze Star for his service in Vietnam.

Steve Glatzl is survived by his wife, Joan; sons David, Eric (Lynn Diaz Glatzl) and Adam; sister Virginia Neumeister; and one grandchild. Glatzl was preceded in death by another grandchild, Ava Glatzl.

In lieu of flowers, the family recommends a donation in Glatzl’s memory to:

You can see a more detailed obituary in the local paper here:

I hope everyone has a HAPPY 4TH OF JULY with lots of family, frisbees, hot dogs … END_OF_DOCUMENT_TOKEN_TO_BE_REPLACED