You are here: Home / Economic Trends / June Housing Starts are Up Again, Is it Time for the ‘R’ Word Yet? 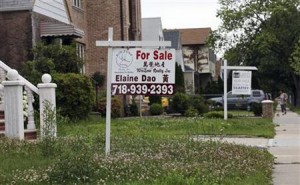 The Commerce Department released today new housing starts data for the month of June, and we may be close to using that long sought after “R” word – Recovery. Largely positive  – housing starts overall for June reached a seasonally adjusted annual rate of 760,000 units or 6.9% over May’s revised rate of 711,000 units. Still, the picture for single-family starts – an economic driver for our industry – while still positive, is a little more moderate.

Can housing now be a bright spot in an otherwise cooling economy?

This is the fifth straight month in a row that single-family starts have risen and could be a positive sign of a durable turnaround in the housing market. Of course, we need to keep in mind that this increase is from a very low base and we still have a long, long way to go to get to the “normal” construction rates we saw before the 2007-2009 recession.

After a long down trend, now an up trend…

Still, after years of downward rates of construction, it’s good to see a more positive trend. However, the Commerce Department also reports housing permits issued – a more forward-looking statistic. And the June permits result is cause for a more cautious outlook.

Though caution is indicated, optimism abounds…

So the rate of growth may be slowing, but so far, it’s still positive.

“Housing is clearly in recovery mode,” Jim O’Sullivan, an economist at High Frequency Economics in Valhalla, New York told Reuters. “Although the sector is much less important than it used to be.”

Reuters also noted that the level of overall housing starts exceeded a survey of analysts expectation of 745,000 units – a positive and welcome sign.

“Housing continues to be the one sector of the U.S. economy that is outperforming expectations,” Michael Gapen a Barclays economist in New York told Reuters.