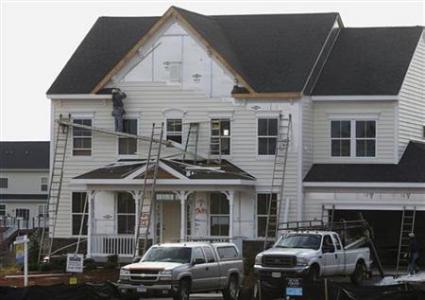 Housing starts, the measure of new home construction that many in the custom integration industry feel is a leading indicator for the sale of home-making products, such as residential technology systems, jumped nearly 10% in the month of January. This may be yet another indicator of an overall improving economy, although the monthly numbers tend to vacillate up and down on alternating months. Still, the long term trend appears to remain positive.

A statistic that Strata-gee has reported on frequently over the years, housing starts mark the point when construction begins on a new home. There are two ways to look at these starts: an overall number that includes both single-family and mulitple-family dwellings; and a breakout of just the single-family number, which seems most germane to our industry.

As houses are built and sold, consumers look to turn their houses into homes, typically by purchasing furniture, appliances, and residential technology products, such as distributed audio/video and home automation. Starting in 2011, we began to see a long, if slow, recovery from the massive decline in construction, which troughed in 2009.

Experts debate what the sustainable level will be for single-family home construction. But one NAHB executive told us a couple of years ago that he expects to achieve at least 1.5 million single-family starts in the not-too-distant future. That would mean that there is still a lot of growth ahead…and as construction grows, so should custom integration and other home technology services.

That an exposition company lost money in 2020 is not surprising. That an … END_OF_DOCUMENT_TOKEN_TO_BE_REPLACED