You are here: Home / Shows & Events / A First: The Technology & Business Summit Hits the Big Apple 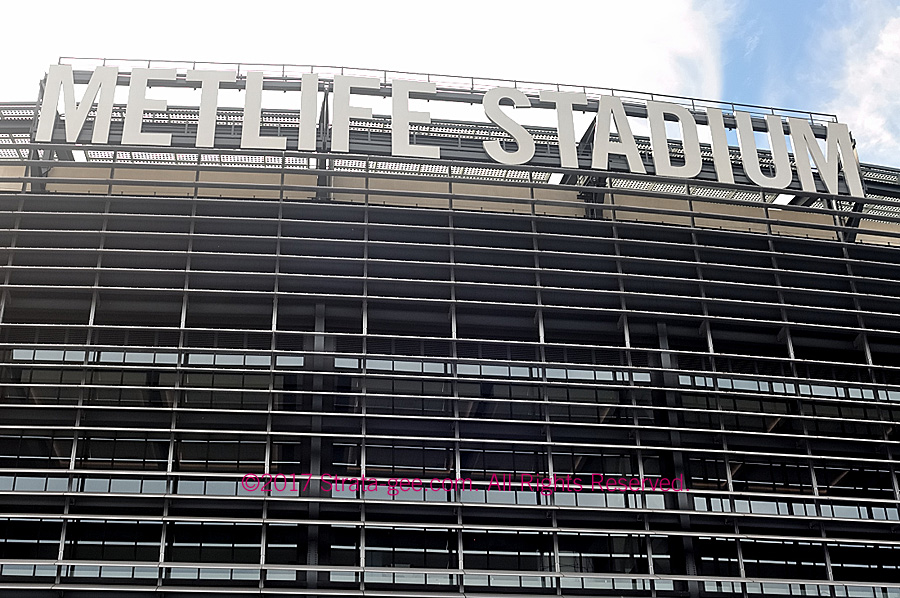 For the first time ever since the creation of the Technology & Business Summit in California some seven years ago, it comes to the Big Apple…and the big show made a big impression. Held over two days – Tuesday in Long Island; Thursday in Northern New Jersey – organizer Mark Cichowski tells us it was a huge success.

See more on the Technology & Business Summit in the Big Apple…

Yesterday, Strata-gee personally attended the event in Northern New Jersey, held in the MetLife Stadium, home to the New York Giants and the Jets. (On Tuesday, the Summit was held at the Melville Marriott.) We can tell you, this spectacular stadium added quite the backdrop that no hotel banquet facility can quite match. Held on the concession level, with concessions cleared away to make space for the Summit, the venue had a wall of windows along one side looking into the full stadium and on to the glorious green field below. It was pretty high-class background scenery for the Summit, that’s for sure.

The Summit management even made arrangements with the stadium to have doors along the window wall to the stadium unlocked and attendees were encouraged to take breaks and even eat lunch in the stadium seating overlooking the field. During our lunch period, we went out to the stadium seating, soaked in the glorious low-80s temps and gorgeous blue sky – only to be treated to the NY Giants kicking team workout and practicing – there’s something you don’t get the opportunity to see every day! [Full disclosure: Strata-gee’s editor is a Giant’s fan!]

A Lot of Exhibitors in ‘Equalized’ Spaces

Unlike the traditional hotel ballroom, we had windows on both sides of the event providing wonderous – and copious – natural lighting to all of the “booths” – tables really – instead of the typical flickering fluorescents sucking the energy out of the room. Entry was made through a short corridor which included select exhibitors who had set up darkened demo rooms with running presentations. At the opening to the larger room was a stunning Digital Projection display that clearly signaled to those entering that this is indeed a technology show. In the main hall area was the bulk of the total of 70 exhibitors at this event. Each exhibitor had the same amount of space which included tables and signage. A few had small booths set up. This arrangement has a great “equalizer” effect, where no matter how big the brand, they had the same space to make their pitch as the smaller brands. (Although exhibitors could buy multiple tables to show multiple brands they are associated with, to effectively have the impact of a larger booth.)

We arrived late morning, and were surprised at the buzz of activity. The room was quite busy and noisy, but not necessarily packed. Still, you had to raise your voice to get over the din of multiple conversations and presentations taking place at the same time. Some vendors had demos of audio products, but, thankfully, were respectful of those around them.

It’s hard to say how many dealers were there during the several hour time period we were at the event. We would guess probably around 120-150 or so. There was quite a buzz at times, but we noticed a cycling of attendees leaving, a little downtime, and then another group would arrive and the activity would pick up again.

Event organizer Mark Cichowski – the creator of the Summit – told us they were anticipating a final attendee count total of somewhere between 350-400 dealers for the two events combined. That seemed a pretty reasonable estimate to us. Cichowski took pains to note that his count does not include booth personnel…dealers only – an obvious reference to other shows who artificially inflate their numbers.

The Technology and Business Summit is the result of a collaboration between Cichowski’s organization and a group of local sales rep firms who, in a sense, sponsor it. In the case of the New York Metro market, a total of eleven firms participated. The participating rep firms were: Atlantic Integrated, Bach Sales, Big Apple Technology, DMC Enterprises, DSG Metro, J&G Audio Sales, NY Marketing Team, Opus Marketing, Sapphire Marketing, Specialty Sound & Vision, and Thea AV.

Lots of Brands + Lots of Dealers = A Dynamic Event

The combined list of brands represented by the these companies, as well as their collective customer base – all come together for a pretty dynamic event. We’ve been to a few dealer shows put on by a sole territorial rep company and the Summit is kind of like that – but on steroids – thank’s in large part to this collaborative collective of sponsoring rep firms.

The business part of the Summit, included a keynote presentation (from Amazon) and a morning series of educational seminars which began at 8:00AM and ran to 10:00AM. Then the education stops and the show begins. This coordination of schedules is appreciated by exhibitors, who at other shows sometimes have to compete with running education sessions taking people off the show floor. There is a second series of educational sessions near the end of the exposition period.

A ‘Cook’s Tour’ of the Stadium

Strategically taking advantage of the MetLife Stadium venue, the event management had arranged a special “cook’s tour” of the stadium for attendees broken down into two groups…putting a little extra fun into the event.

In general conversations with both exhibitors and attendees, we heard nary a negative word about the event. Cichowski told us that he had prepared himself for realistic expectations of a somewhat muted level of attendance, as this is the first time ever the event was held in the NY Metro area. However, his expectations were exceeded, and he feels confident that as the event becomes more established, attendance will continue to grow – something they’ve experienced in other markets.

Our take? Smart brands should strongly consider exhibiting in the Technology & Business Summit. There are a lot of advantages to local shows like this.

According to Cichowski, the Technology & Business Summits held in 2017 drew a collective total of around 2,200 dealers. That should put this event on just about everybody’s radar… We can assure you…it’s on our’s now.

Learn more about the Technology & Business Summit at: www.techsummitevents.com.