You are here: Home / News / Atlantic Integrated Promotes Pawlowski to VP and Co-Owner

New York metro-area manufacturers representative firm Atlantic Integrated announced today that its director of sales, Mike Pawlowski, has been promoted to vice-president and co-owner of the company. The appointment is effective immediately and provides for a significant expansion of his role within the company.


According to materials provided by the company, as vice-president and co-owner, Pawlowski will now be responsible for “formulating, developing, and executing the company’s tactical direction and operations.”

Pawlowski joined Atlantic Integrated in 2004. Prior to that, he was with Lutron for a period of three years. 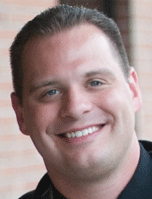 “Michael’s promotion to co-owner and vice-president is a direct result of his hard work, dedication and commitment to taking care of our customers,” said David Humphries, founder and Principal of Atlantic Integrated in a prepared statement. “Michael is a tremendous asset both to this organization and the industry and will propel our customers’ sales to new levels.”