You are here: Home / Manufacturers / TiO Turns On Next Color of ‘Belt’ in Ninja Training Program 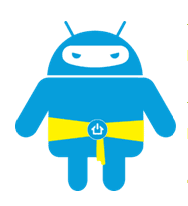 The training program is being developed in conjunction with well-known and respected Bedrock Learning and is conducted online in what the company calls the TiO Dojo. More levels are under development – there will eventually be a total of eight – but the two existing levels provide both an introduction to the company and its products and gets installers up to speed on common installation situations.

“The completion of this training course now provides all the tools an installer will need to achiev e success with basic TiO systems that include lighting, music and climate control,” said Vinu Patel, CEO of Anuva Automation in a prepared statement. “Quality training i9s a critical component for dealers on the path to TiO enlightenment.”

Learn more about TiO products and programs at: www.tiohome.com.